A bright, sunny, cloudless day in Portland, Oregon suddenly turned dark and cool, the birds stopped chirping. The quiet deafening, the light seemingly escaped into the vastness of the great Northwest before suddenly returning as if someone flipped a celestial light switch. Was the end of time near? If this was going to be our final meal, it seemed clear that we should eat a bunch o' tacos. 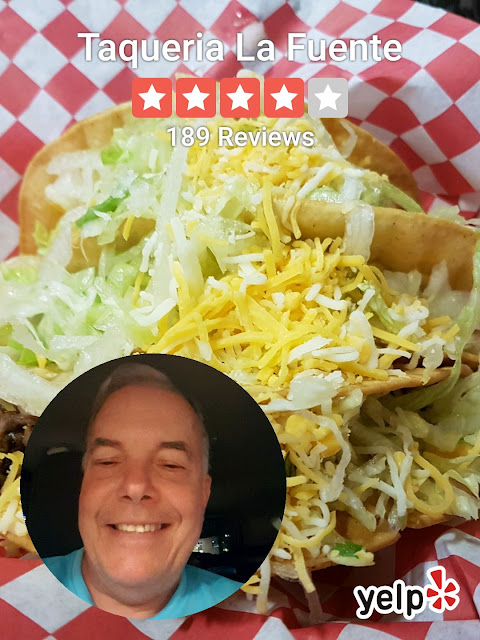 In a tiny strip mall perpendicular to Main Street in downtown Tigard and barely visible from the street, we found Taqueria La Fuente. Nondescript from the outside, the inside was simple, yet clean with several laminate-top booths and tables. The hot, fresh homemade chips and salsa quickly arrived compliments of the friendly server who warmly welcomed us on this historic day. 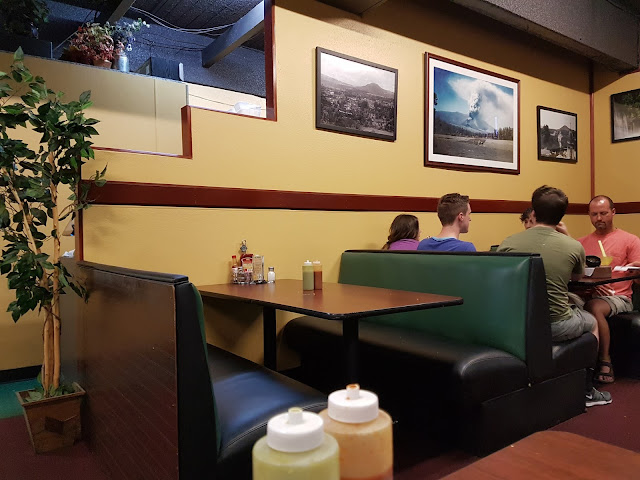 A Dos Equis Amber draft (16 oz - $4.25) seemed like a good way to start, quickly followed by a side order of guacamole ($2.95). The beer was cold and frothy and the guacamole as good as any restaurant guac I have had, simple, flavorful and larger than those others charge twice as much for. 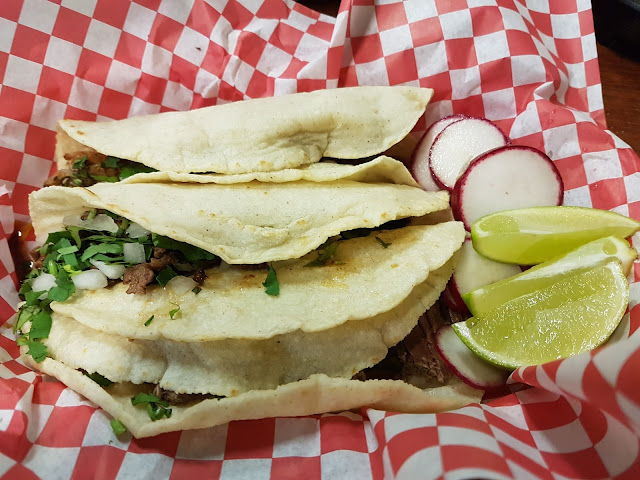 Tacos were the star of this show. We ordered the Crispy Tacos ($8.50) and Tacos Mexicanos ($8.85), coming three each to the plate with no rice and/or beans. The crispy tacos came deep fried with two medium tortillas each, filled with carne asada (or your choice of meat), lettuce, tomato and cheese. A little leftover guacamole, metaphorically, was the icing on the cake. The tacos Mexicanos were simple, as they should be, one with carnitas, one with carne asada and one with shredded beef (cabeza), all on large, soft corn tortillas, topped with chopped white onion and cilantro, and accompanied by sliced radish and lime wedges. If they do tacos this well, I can hardly wait to return to sample the other menu items because these were some of the best restaurant tacos I have had in recent memory. 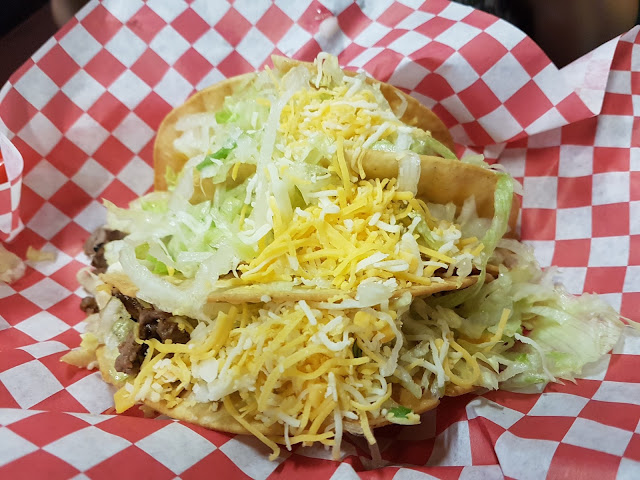 On our second visit, they were closing soon, so we did not go nuts, ordering the go-to Crispy Tacos and a Cheese and Onion Enchilada ala carte ($3.25). I also tried the House Margarita ($5.75), asking for it blended with salt, but when it arrived it was "on the rocks". I did not make an issue of it being so late. The margarita was OK, not big and not very strong, so I think I will stick with the cerveza from now on. The enchilada was presented quite nicely with shredded lettuce, a drizzle of sour cream and some chopped cilantro, but the toppings masked the flavor of the enchilada which was what I wanted to taste.

The service was impeccable - friendly, efficient and professional. We even received a complimentary order of Flan at the conclusion of our second visit, fluffy and delicious as any I have had. Taqueria La Fuente was the "star" of the show and a "bright" spot on an otherwise dark day, celestially speaking. At just $24.55 before tip on our first visit, this was one of the best values I have seen in my two plus months since moving to Portland, hence my nearly perfect rating ...
CombatCritic Gives Taqueria La Fuente 9 Bombs Out Of 10 ... More Bombs Are Better!

"U.S. Marine Response To A Verbal Greeting Or As An Expression Of Enthusiasm"