Our realtor told us that La Carreta ("the wagon/cart" in Spanish) is his favorite Mexican restaurant despite the outward appearance. You would think it is an abandoned building as you drive by except for the lights of the sign and inside the restaurant. 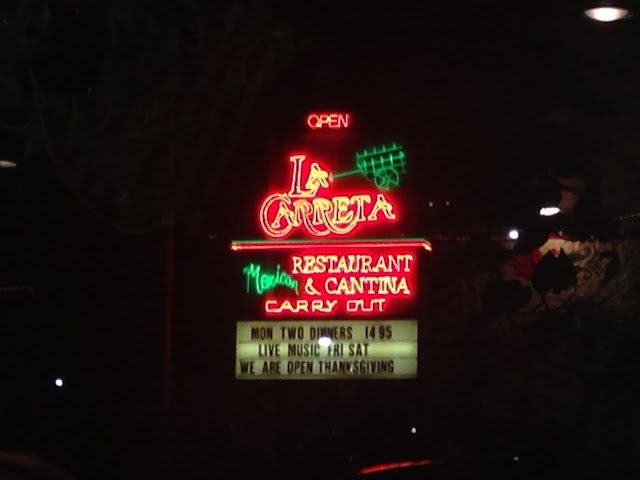 A group of Latinas celebrating a birthday occupied the table next to us, always a good sign when people indigenous to the cuisine frequent a place. The food was decent by Left Coast standards, exceptional by Midwest standards, and reasonably priced. 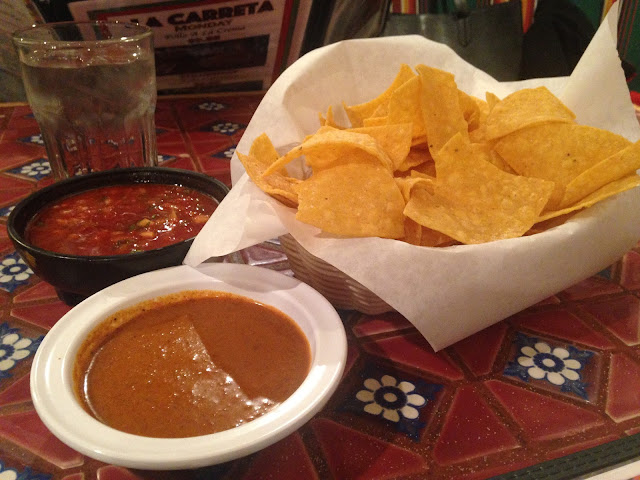 We tried the chili con queso ($5.95) and guacamole ($3.50) for starters. The queso has an odd consistency, similar to ricotta cheese, but was good with big chunks of green chili. The guacamole was cut with something because it neither had the texture of mashed avocado nor the taste. 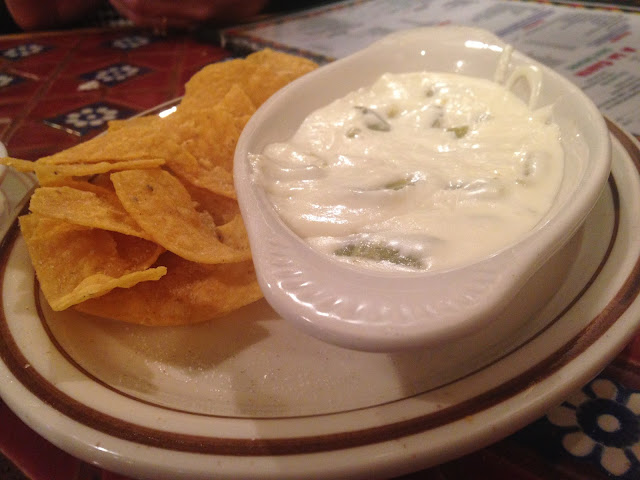 My wife had the quesadilla and taquitos appetizer (Menu price = $9.95, we paid $10.95) as an entree and it was disappointing. Coming with guacamole, pico de gallo , and sour cream, the quesadilla had hardly any cheese and the taquitos were a bit burnt and dry inside. 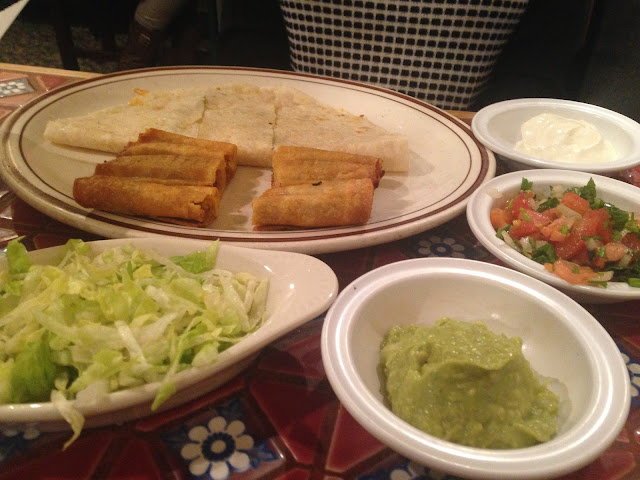 I went with the chile relleno, taco, and enchilada combo ($11.95) with, as my dad used to say, "refired" beans. I asked for a cheese and onion enchilada and shredded beef taco, but got a shredded beef enchilada instead. The taco was good, but came in a pre-fab shell (deal breaker). The enchilada was also good, but not what I ordered. When I told the waiter that I got the wrong enchilada, he scurried off before I could tell him to forget it. He brought a cheese and onion enchilada a few minutes later, but I barely touched it because I was stuffed by that time. What I did eat was very good though. I could not even see the relleno because it was covered with shredded lettuce and tomato. I think it was pretty good, but the taste was masked by the unusual toppings. 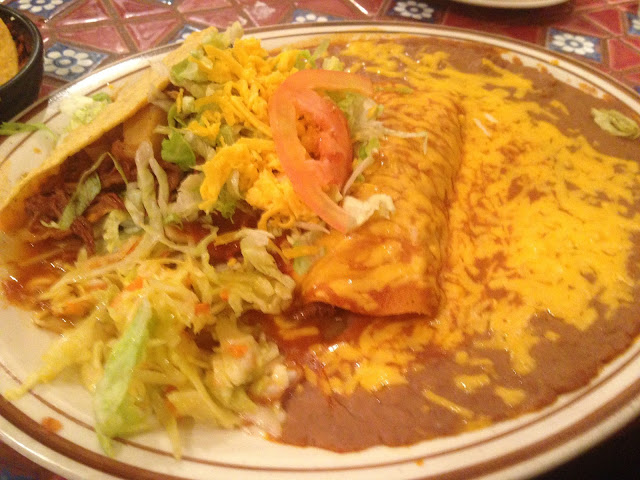 The "Cadillac Margarita" ($5.95) was rather tasteless and weak, so I did not bother ordering a second. In conclusion, the service was excellent and the decor cheesy, just as it should be. 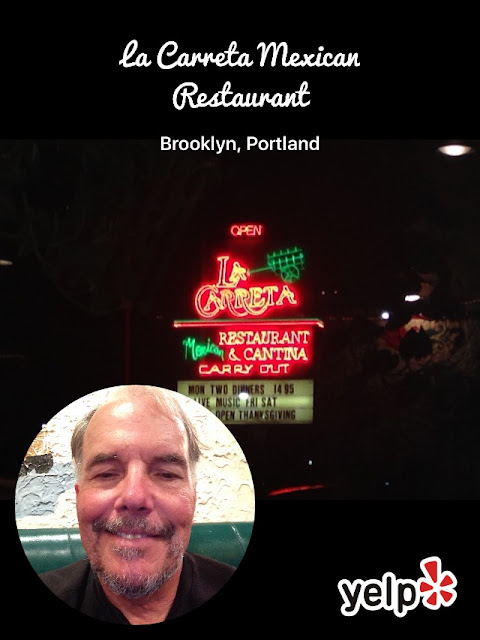